I don’t know what I would have done without Jeremy Escobar. Jeremy always had extra paper and markers for my little ones. He never once complained about them or made them feel less. With Jeremy, they were part of the process.

Back to Jer in a bit.

Being a working actor parent is hard. I know because I play one on TV. No, I know because I have always been one. Two weeks after my oldest was born, I was already back at work, on stage at Teatro Dallas working on a play called Limited Capacity. At that time, I was lucky enough to have a brother-in-law who instantly fell in love with his baby niece the second he saw her. He would drop everything to, not so much help me, but to be with her. My husband was working nights at the time, which is usually when small SPT’s (small professional theaters) hold rehearsals because guess what- most professional actors have to work a day job to make ends meet. It was difficult to leave for the 4 hours of rehearsal which usually turns into 6 hours because you’re spending an hour to get there, an hour to come home, which turns into 8 hours because you also spend time working on your lines at home, and you have to do this while making sure this tiny human or humans are fed, bathed, clothed, etc. Let’s be honest, it’s more hours because all of the theater-maker people I know, have an incredible work ethic, we allow ourselves to be consumed by it. So fuck 8 hours. It’s more like all day while we’re also taking care of regular life business. What’s different about being a working actor parent and a working non-artist parent? Not much, unless of course you count the fact that most people in the world don’t consider what we do “work”. People ask, ‘what do you do?” I’m an actor. “No, but what’s your job?”. That’s my job. We’re constantly told to find something to fall back on. Or that we’re not real actors because we’re not on TV or in Major films. And most annoyingly, if we wanted to have a family then we should have gotten a ‘real’ degree and a ‘real’ job. That we’re just plain “lucky” to be doing what we love, so here’s some peanuts and stop complaining. The saddest part is, that last sentence? The one about “you’re lucky to be here so shut up and dance, monkey”? That’s not from regular people. That’s from our own industry. Well. Sure. I am lucky. But also I work my ass off. So, maybe stop dismissing what I do as whimsical and frivolous because it’s been scientifically proven that the stress levels an actor experiences on stage are equal to the stress experienced during a head on collision. And I am sure it’s true for Crew as well. Probably more.

Back to Jeremy Escobar. And Cora Cardona. And Patti and Scott Osborne. And Lisa Lee Schmidt. And Raphael Parry. And Tina Parker. These people are why I am lucky. Every single one of these folks held my babies on their hips while they directed me in a show. They played with my toddlers in the lobby while I was on stage. They handed my kids paper and markers and sat them at the SM table and said, “draw what you’re watching” or “write a play” while I was learning lines. Or invited them to writers meetings (TO WRITE) while I sat at the table, and even indulged them when it came time to read the work being created. They let them run loose at the park while I struggled to master Iambic Pentameter and sometimes cast them alongside me so I could work for them. They could not pay me more all the time, but welcoming my children into the space, showed me that they valued what I had to bring to the table. I wouldn’t be where I am today without these folks, who welcomed my family, instead of closing the gate because, oh well, you chose to have kids.

In retrospect, I am sure insurance companies would have had a field day with what these folks did for me. Which makes me WAYYYYY more grateful to them.

This is why as a director, I always consider if an actor is coming directly from being a mommy or a daddy to rehearsal. Waiting for their sitter or their partner to arrive so they can scarf down some food, throw on some sneakers and head to rehearsal. To work. Sometimes an actor will approach me apologetically to say, “I can’t be here right at 6, I have to wait for my ______ to get home to watch the baby, but I’ll be here as soon as I possibly can…I am so sor-“ and I will stop them right there and say, “you get here when you can, we’ll adjust. It’s a play, and it will get done, take care of your family”. Usually, those are the actors that are always off book and ready to WORK. It’s the least I have been able to do to pay it forward.

I try my best to encourage the kind of support I got when I was a parent of young kids.

I’ve been in many rooms where casting is being decided upon, and sometimes I’ll hear something like, ‘I wish we could get so-and-so, but they have a kid now” In those instances, I always say, “If you want so-and-so, you should offer it to them and LET THEM DECIDE if they can do it; don’t make the decision for them. AND THEN SUPPORT THEM when they bust their asses for you”

Parents bring so much into the room as theater-makers, they’re expert problem solvers, improvisors, nurturers, communicators, they play to the toughest audience every day and they do it with open hearts and with full knowledge that that audience will one day break their heart. And then they do it anyway, all the way to closing night. 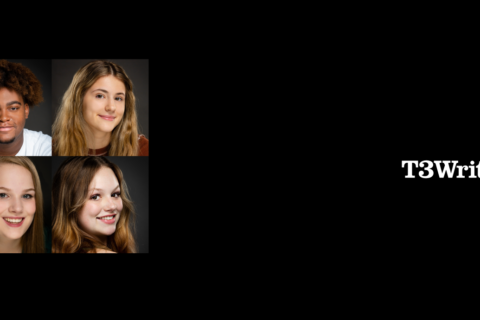 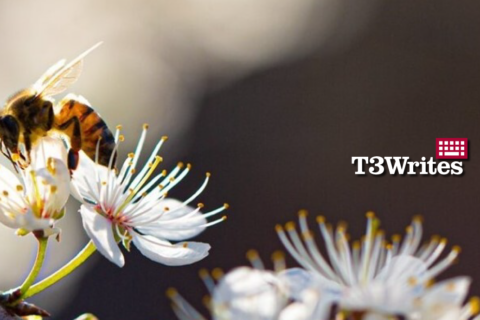